Loose change can cause change.

Change2Changes wants to take everyday spare change and give it to students to donate to charities. Every penny, nickel, quarter, and dollar counts - and so do students' opinions in the entire process. 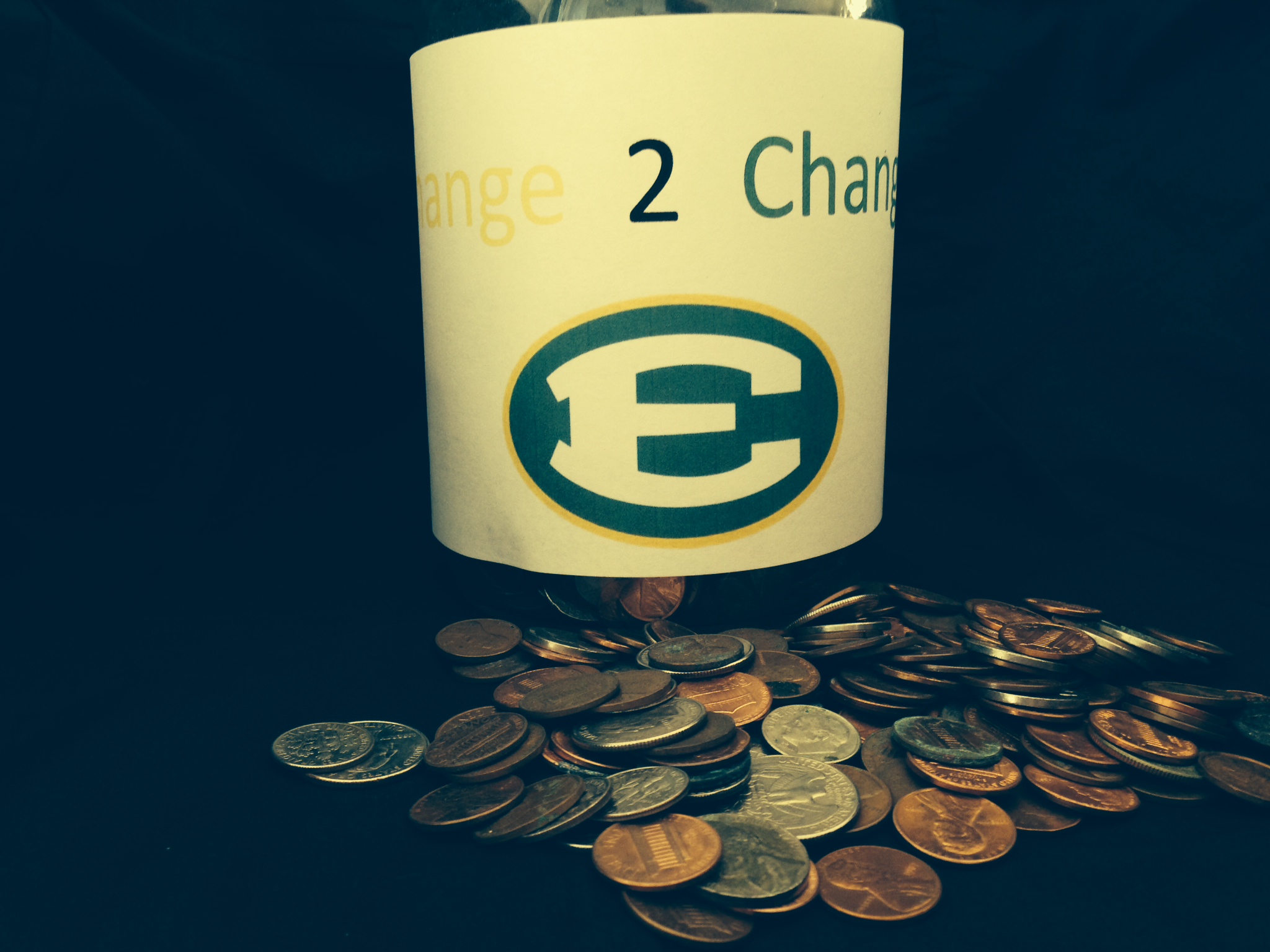 Currently raising money for charitable causes and for the school's scholarship fund.

Change2Changes collects monetary donations from students into specially marked plastic jars in the school cafeteria food lines. Students can contribute their leftover change by the cash registers during their lunch periods and the change will be collected daily. 100% of all funds that are raised will go to help others. 50% will go to the St. Edward Scholarship Program, and 50% will go to support a local cause that is ultimately chosen by the students. Each semester, students can vote for local causes for one of two potential organizations. Throughout the semester, information about each charity will be displayed to educate the student body about local causes. Near the end of the semester, one day will be allotted for a ballot vote in the lunch room. Each student puts their name on the back of a ballot to be drawn for a gift certificate. After the votes are tabulated, one ballot will be chosen, and that student will receive a gift certificate as a reward. Students are encouraged to donate through promotional banners, posters, and flyers distributed around the school.Change2Changes is a nonprofit organization offered to St. Edward High School as an internal giving program, affirming the notion that people can support each other.

Change2Changes was conceptualized at a time when Alex and Michael Hageman were noticing loose change in the back seat of their parents' cars on a daily basis. Alex and Michael thought that it would be a great idea to put the change to a good use. If all the students could give their change away to a good cause, a great impact would be made for the student body and community of St. Edward High School. Change2Changes was created and hopes to be an ongoing program that can continually generate support for the St. Edward Scholarship Program and local charities. We would like to extend our operations outside of St. Edward High School and use Change2Changes as a potential template for other schools to follow.

Alex Hageman co-founded Change2Changes during his sophomore year in 2014 at St. Edward High School. Alex is a member of the National Honor Society Honors Honor Role and the Community Foundation of Lorain County Youth Fund. He has also been a member of the Creative Writing Club and Flight Magazine Club since freshman year. He also serves as a Student Ambassador. Alex attended Birchwood School for his primary education and received Scholastic Gold Key and Honorable Mention Writing Awards, and other stories have been published many times in the past. He lives in Lorain, Ohio and enjoys jetskiing, golfing, fishing, and writing.

Michael Hageman is a co-founder of Change2Changes. He is a ninth grade student at St. Edward High School. He won an honorable mention in Scholastic Writing Awards and his work has been published many times. Michael is involved with community service at Anchor Lodge Retirement Home. Michael enjoys basketball and jetskiing.

Phillip Hedayatnia is the chief technical officer of Change2Changes. He is a senior at Hawken High School and is on the debate team. Phillip attended Birchwood School and Old Trail for his primary education. Phillip and Alex were best friends since first grade, and Michael and Alex asked Phillip to join in their endeavor to make the world a better place, more aware of the importance of small things making a big difference, with the advent of Change2Changes. Phillip lives in Strongsville, Ohio and enjoys theatre, politics, and computer science.